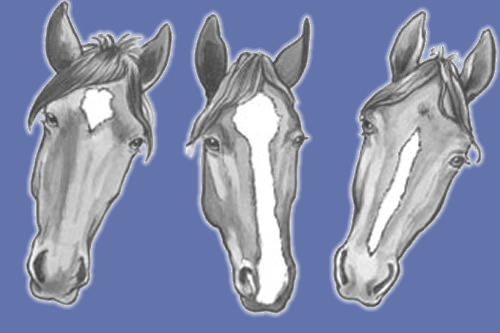 Markings on a horse’s head are fairly common. Most head marking fall into a few categories and have specific words that are used to identify each category. Let’s take a look at each.

A narrow white mark, which runs down the face from the forehead, is called a Stripe. 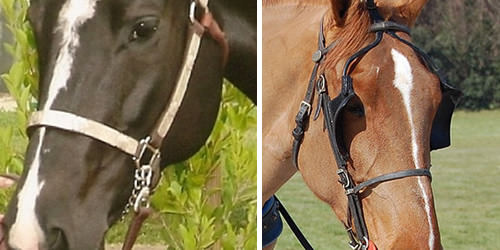 A white mark, which covers one or both the lips and proceeds up to the nostrils, is called a White muzzle. 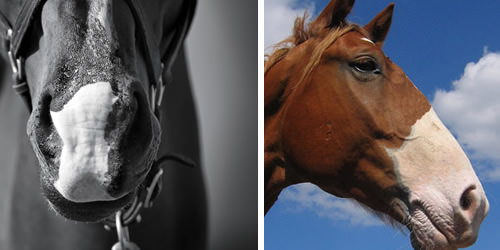 A broad splash of white that covers most parts of the forehead between the eyes and carries right down the nose to the muzzle is called a Blaze. 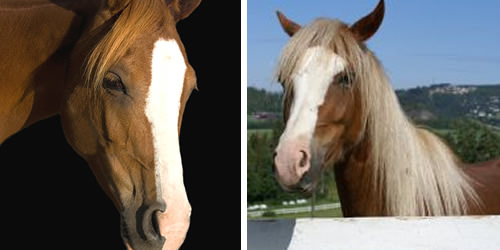 Any kind of mark, which appears on the forehead of a horse, is called a star, irrespective of whether it resembles one. 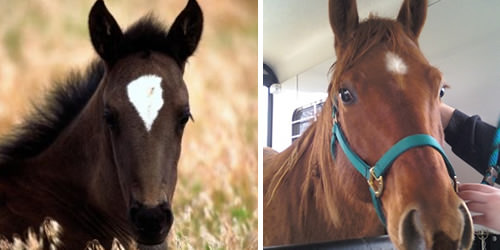